Why Every Mobility Company Should Collaborate with Cities

Urban populations are growing at an unprecedented rate. According to the United Nations, there are now more than 33 megacities with populations of over 10 million. By 2050, two out of every three people globally will live in an urban area. As cities continue to grow, so do the challenges in urban mobility, from traffic congestion to unreliable public transit. 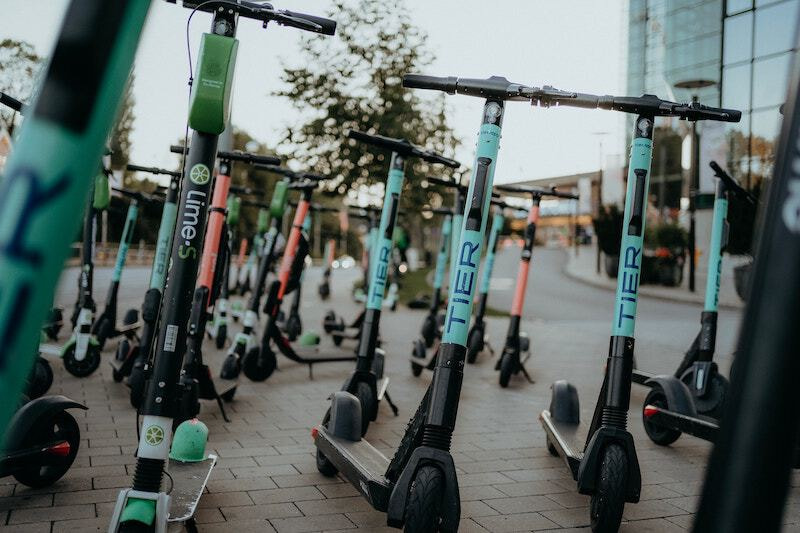 This fast-paced growth is putting pressure on city leaders to come up with modern solutions for America’s transportation crisis. As a result, local government leaders are turning to technology, including access to third-party data from private mobility companies to provide a more holistic view of a city’s transportation landscape.

However, the process for transit data sharing isn’t all black and white. For example, Uber has been at the center of much controversy over the past few years when it comes to safety and privacy, and its antagonistic relationship with cities and local governments. Most recently JUMP, Uber’s scooter and bikes subsidiary, is being suspended from the streets of Los Angeles due to failure to comply with city regulations and refusing to share real-time data. Now, Uber announced it’s challenging Los Angeles’ suspension of its permit to rent out bikes and scooters and we’re all watching to see how the outcome will play out and whether or not it will turn into a legal showdown.

Scooters from companies like Bird, Lime and JUMP are becoming a popular mode of transportation in major cities, which means that it’s imperative that startup mobility operators become more open and cooperative with cities, with the shared goal of making mobility easier for the public. In light of this, mobility technology companies need to become collaborative partners with cities, rather than opponents. Public and private partnerships are critical for the success of all mobility in the best interest of the users.

Data is essential for successful collaboration with cities

In order to regulate the massive surge of scooters on the streets, the Los Angeles Department of Transportation, through the leadership of Seleta Reynolds, developed a groundbreaking digital tool called Mobility Data Specification, (MDS) to collect data on individual dockless vehicles and notify mobility companies when their vehicles are parked illegally. From the beginning, private companies have had a hard time complying and working with the city on this initiative. Now, due to the Uber’s resistance to cooperate with MDS, its JUMP scooters are being suspended from the streets of Los Angeles.

As part of this program, all scooter companies are required to share real-time location data on all their vehicles, including trip starts and ends. Both Uber and Lyft have shown opposition to MDS ever since it was announced, stating that the tracking platform compromises user privacy. But Uber is still failing to share this information in real-time, which has caused safety concerns for the city officials who are unable to check for issues like dockless vehicles parked in the way of building entrances and blocking wheelchair access or emergency infrastructure.

For now, Uber has yet to propose any other alternatives that would help keep cities keep sidewalks and streets clutter-free, despite ongoing issues. However, platforms like MDS are critical for ensuring dockless scooters and bikes are being deployed across the city in a safe and efficient manner, ensuring that it’s a positive development for cities and residents.

Mobility players owe it to cities to communicate insights that make a difference.

Efforts to connect data from private mobility operators with cities isn’t a new concept. Back in 2016, The World Bank’s OpenTraffic project was launched to utilize traffic information from commercial fleets, supported by companies such as Grab and Easy Taxi. Now, the project is part of SharedStreets, a collaboration between the National Association of City Transportation Officials (NACTO), the World Resources Institute and the International Transport Forum, which focuses on collecting and sharing public and private transport data in major cities like New York and Washington D.C.

Micromobility is a universal challenge

Los Angeles isn’t the only city facing micromobility challenges. For example, in 2018 when multiple scooter companies were deployed across the streets of San Francisco without permits, many residents were infuriated. Scooters were haphazardly parked and created safety issues on sidewalks. As a result of the mayhem, the city of San Francisco suspended all scooters without permits, only granting access to Scoot and Skip initially, until last month when the city and approved JUMP, Lime, Scoot and Spin. To avoid repeating these issues, SF and other cities have now designated on-street parking areas for scooters, locks that need to be programmed before and after usage and created speed limits in popular pedestrian areas.

In European cities like Hamburg and Berlin, private companies are already collaborating with cities to help collect data on scooter operators in order to better understand and keep track of these new micromobility providers to ensure they’re operating compliantly. This has created a better understanding between the public and private sectors. Specifically, the city of Hamburg has been able to combine relevant data from multiple mobility services for a holistic view of the city, which has aided significantly in urban planning and strategy.

Filling in the transit gaps

Partnerships between city governments, public transportation networks and private operators are critical to solving transit gaps and ensuring consumers have access to robust mobility services. However, Uber and Lyft have disrupted efforts to improve the safety and effectiveness of public transportation by pulling riders away from subways and bus lines. Research from the University of Kentucky [PDF] examining 22 cities suggests that more than any other factor, ride-hailing is responsible for the decline of public transportation use in the U.S. According to the report, Uber and Lyft have reduced bus ridership in San Francisco a staggering 12.7 percent since they entered the market in 2010.

Transit agencies across the U.S. are responding to the new methods of commuting brought on by the ridesharing economy by reevaluating how they can best support mobility in cities and suburbs. Many local transit departments in cities such as Atlanta are partnering with commercial rideshare providers to address issues such as late-night service interruptions and commuter parking shortages. Mobility players like Uber and Lyft owe it to cities to communicate valuable insights that will make a difference in helping cities plan for everything from congestion to the impacts of climate change.

It’s up to the entire community to make an active effort to improve mobility for everyone.

Many city governments are taking steps to adapt to the new landscape of urban mobility where ridesharing is a dominant mode of transportation. This week, Los Angeles announced the creation of its Urban Movement Labs, which will be a public-private partnership that aims to accelerate transportation innovation across the city. Its goal is to bring together city representatives, citizens, the private sector and academia to collaborate on new ideas, test them on the streets and implement them in Los Angeles.

While city mobility partnerships and data-protection policies are still a work in progress, it’s up to the entire mobility community, including Uber, to make an active effort to partner with city governments on transportation initiatives that leverage data in real-time to improve mobility for everyone.

Sam Baker is the COO and co-founder of Wunder Mobility, helping cities and companies around the globe to plan, develop and deploy safer, more efficient transport solutions faster than ever before.

After graduating from Santa Clara University, Sam started his career at eBay supporting executive decision-making for a complex network of international subsidiaries and strategic acquisitions. He lived in Central America where he led a project funded by the Mastercard Foundation to launch innovative financial products for youth. When he returned to California, Sam joined the Just Business (JB) venture capital firm as a partner investing in socially impactful businesses. He also served on the board of directors for Squarebar, an organic protein bar company. Additionally, Sam is an active startup investor and nonprofit advisor.