We spoke with Christoph Raab, Secretary General of the Alliance for New Mobility Europe (AME). AME is an association of various players and pioneers in the field of new mobility in aviation. The association has members mainly from the delivery and service drone sector, but focuses on how, in a three-dimensional city, the idea and business model of “drone” could be integrated into an existing environment and mobility fabric. As a drone community, it is particularly important to enter into a dialog with the other participants about which of the standards and requirements from the existing structures need to be taken into account and possibly harmonized in order to integrate these new possibilities in a meaningful way.

So what are the potential applications of drones?

Those who currently want to get from A to B in busy regions usually do not do so by either the most direct or the fastest route. For one thing, roads have to wind around natural obstacles and buildings, and they are often blocked by a large number of other vehicles. Germany’s city streets are especially dense during rush hour. According to Christoph Raab, this can change: “By using drones, I can relieve the pressure on the city, which has been two-dimensional up to now: I can take congestion away from roads and introduce a third dimension with the airspace, to which some of the traffic can be shifted, especially at peak times such as before Christmas. The application here may be in air cabs; but a broader application will be in delivery traffic.” 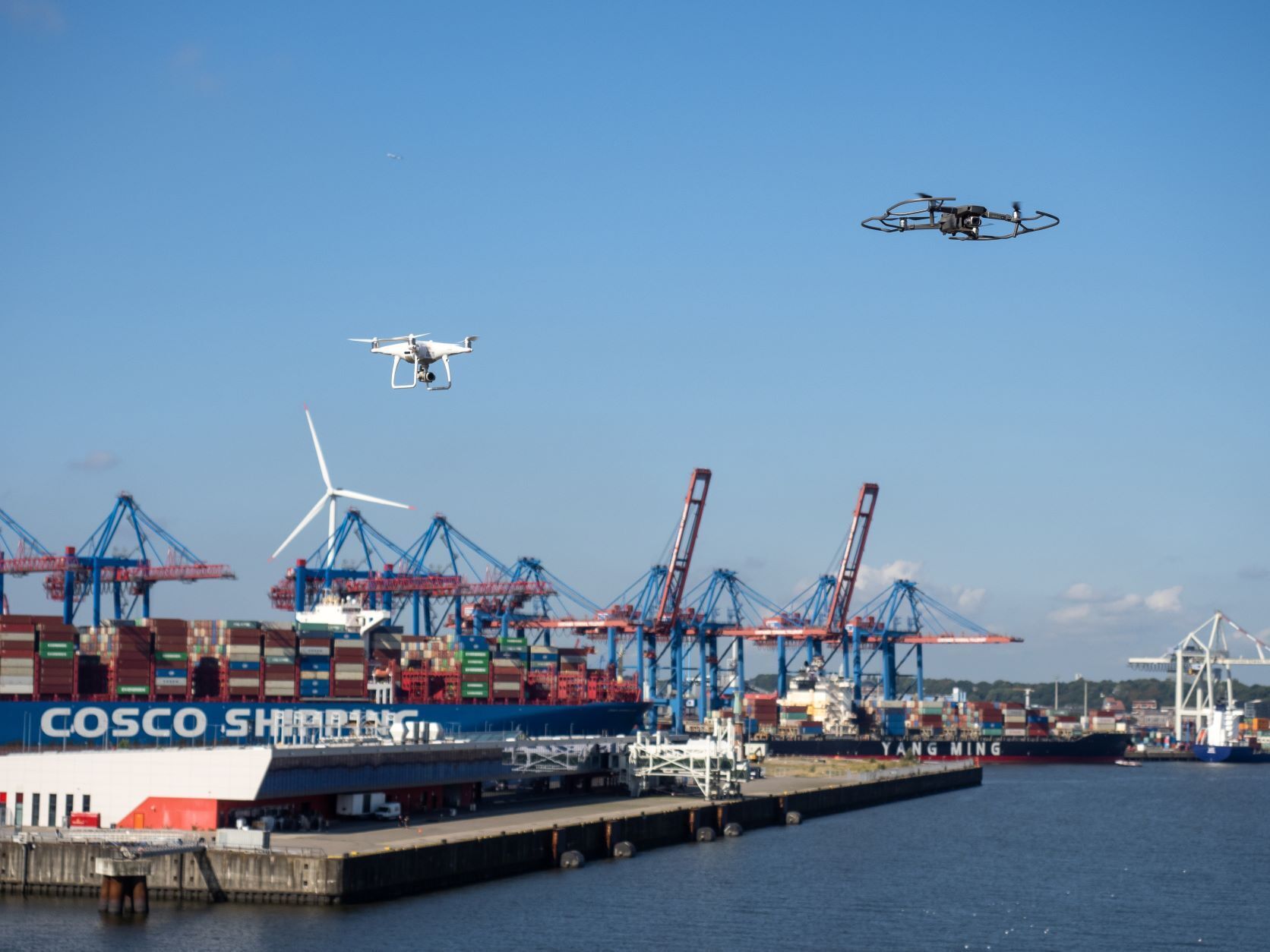 DMD wants to create conditions for integrating drones into urban mobility patterns. One way to do that in 2021 has already been laid out by one of AME’s members. Frankfurt-based Droniq GmbH implemented the U-Space real laboratory in the Port of Hamburg last year. The idea of U-Space: to provide drone pilots with a kind of dedicated transport system in the future to enable drone operations in urban regions easily and safely.

Above all, this can contribute to bringing relief to the roads, especially in time-critical situations, such as the use of blue-light vehicles. For both fire departments and rescue workers, the use of drones is “obvious.” By using drones, people can be kept out of dangerous situations and, for example, in the case of fires and accidents, valuable time can be gained through faster situational awareness via drone.

So what is it about drones that, although we have been discussing their possibilities on and off for a long time, we have yet to use them in urban environments for deliveries or in emergency response services? According to Raab, it’s three things: “A lack of rules, a lack of awareness and a reluctance to use new technology.”

Three issues hinder the use of delivery and service drones

He said that regulation only started being introduced in 2018, at the EU level, and it takes a long time: aviation is complex and requires the highest safety rules, plus implementation deadlines of 12-18 months make for a long implementation period. “At the same time, drones still seem very futuristic to the public and are not a priority, especially at the municipal level. There, the mayor is more concerned with issues such as housing or education. In themselves, of course, very important and valid topics, but innovation must not fall by the wayside.”

After all, Germany is known for its skepticism about new technologies and the potential dangers that could come with using them: be it concerns about security, data protection or noise pollution. These are all understandable concerns, but they are slowing down the introduction of drones in everyday mobility, according to Raab, who advocates a pragmatic step-by-step approach.

How can the current stagnation be overcome?

Critical in the process so far has been the German government’s reluctance to act, both in shaping the law in Brussels and at the federal level. As time progresses and technology matures, Raab hopes the new Federal Ministry of Digital Affairs and Transport (BMDV) will provide more impetus in the future: “The new BMDV should be more proactive in shaping drone regulation.” After all, at the EU level, existing regulation will be increasingly refined in the future. In an iterative process, drone regulation is now being created from a previously very coarse grid of ever finer rules, he said. According to Raab, a key aspect of this is uniform standards, because only with mature standards can a “meaningful link be established between the previous two-dimensionality of cities and the third new dimension.”

The expectation is that this will play a big part in the new Drone Strategy 2.0 announced by the European Commission for the second half of 2022, and that the German government will then also get involved proactively. This is the only way to develop a new mobility structure in German cities. From January 2023, the EU legal framework for the management of lower airspace, the so-called “U-space,” will then apply. These rules will significantly accelerate the introduction of drones and corresponding services, Raab said.