CSR takes to the streets

CSR takes to the streets: How companies with smart parking concepts can help design the future

These days, every mid- to large-sized company is expected to put an effort into cultivating a positive public image. An open commitment to CSR, or “corporate social responsibility”, is an important part of maintaining a socially responsible reputation. This also extends to parking lots: the more employees a company has, the more of an influence it has on its local parking situation, which is why all companies should be utilizing parking management systems that take social responsibility into account. 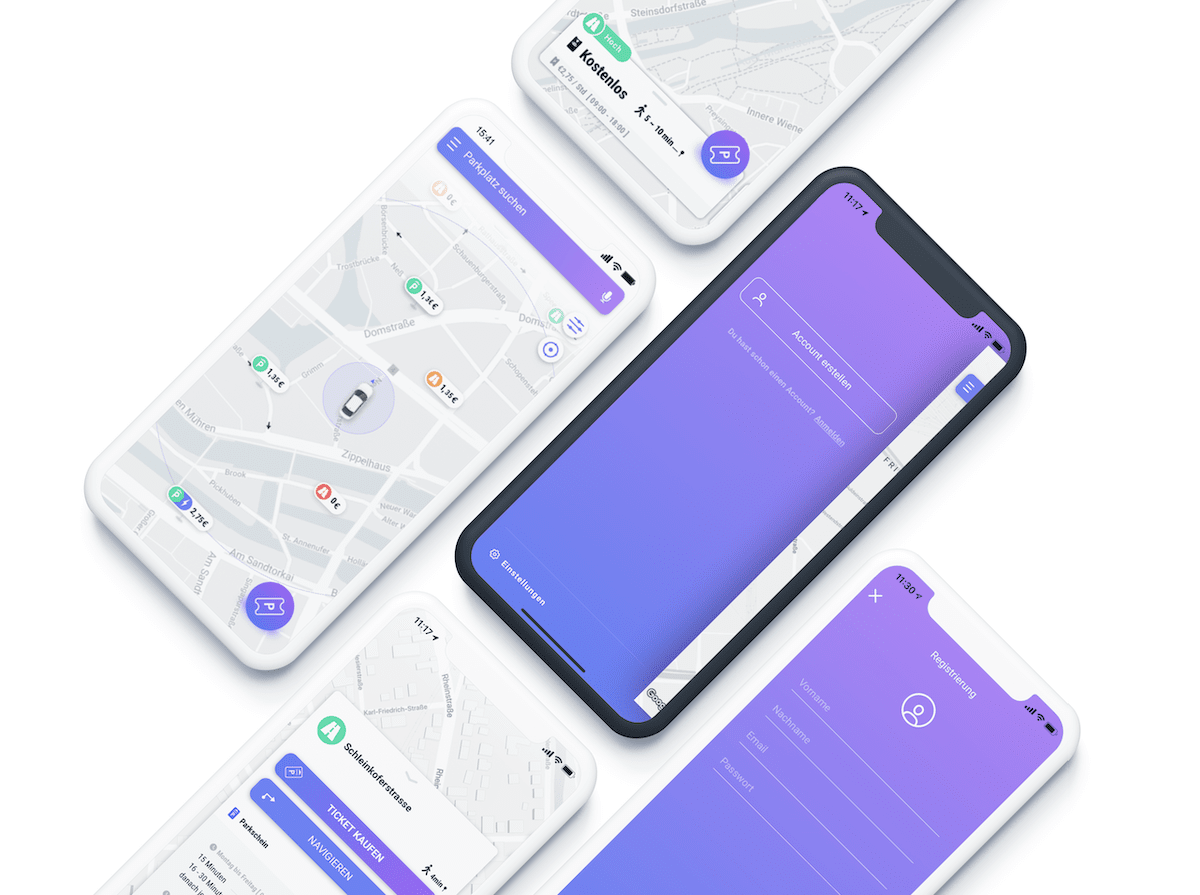 In relation to the number of cars on the road, Germany is a country with relatively little space available. In fact, the Federal Motor Vehicle Transport Authority reported a total of 47.7 million registered cars in Germany (1), spread across just 360,000 square kilometers of space. In comparison, the USA has around 9.6 million square kilometers of space - approximately 27 times the size of Germany - but it only has about three times as many cars (2). This equates to a serious parking problem in many metropolitan areas. A study from the traffic research company INRIX showed that every ride taken by a car in the downtown area of German cities is concluded by a 10-minute-long search for a parking spot on average. Added together, that’s about 41 hours of looking for a parking spot per year. But that’s not at all: the economic costs of parking spot searching come to about 40 billion euros per year - not to mention the pollution and climate-damaging CO2 these searches inadvertently produce (3).

The high amount of pollution in many cities is worrying. In fact, 67% of German cities have actually claimed to be in a “state of climate emergency” since December of 2019. (4) To combat that, many cities pushed to take appropriate measures to improve local air quality. As one example, many cities decided to enact a ban on all diesel vehicles in inner city areas, to mixed results. Some cities such as Berlin are taking this further: the Berlin Traffic Office wants to ban all vehicles with gas- or diesel-powered motors in the city center by 2030. And if things go according to plan for the national Green Party, no combustion-engine cars will be allowed legally drive on the streets after 2030. The party’s faction leader Anton Hofreiter stated in November 2019 that he would like to see the “legal death” of the gas-powered motor within the next couple of years. (5) Although measures such as these would no doubt help solve Berlin’s air quality problem, it wouldn’t help much with the parking spot search. Hybrid and electric cars need to be parked somewhere, too - and ideally next to a charging station.

One thing’s for sure: it’s time for a new mobility revolution. If the quality of life in cities is to be improved upon, inner city areas need to be free from gas-powered cars. Of course, it’s also important to note that individual mobility options are a standard part of our culture, and as long as most of those privately owned options are non-electric cars, cities will just have to find a way to live with them.

There are two directives for solving traffic problems in cities: one, electromobility has to be encouraged and well-funded, and two, parking strain in cities needs to be reduced in order to cut down on traffic caused by endless parking spot searches. The first directive can only be carried out as administrative prerogatives managed by the federal government, local governments and of course cities. The second can be helped by a cooperation with a parking app, such as the PARCO app. The PARCO app enables drivers to automatically find, select and pay for a parking spot in public areas of cities. This includes on-street parking for now, but will soon include off-street parking such as in a parking garage. Even private companies can utilize the app to help encourage the use of electromobility and to improve their regional parking situation. This ties in closely to taking social responsibility, which should always be an important consideration for every company.

Find out more about Wunder Park