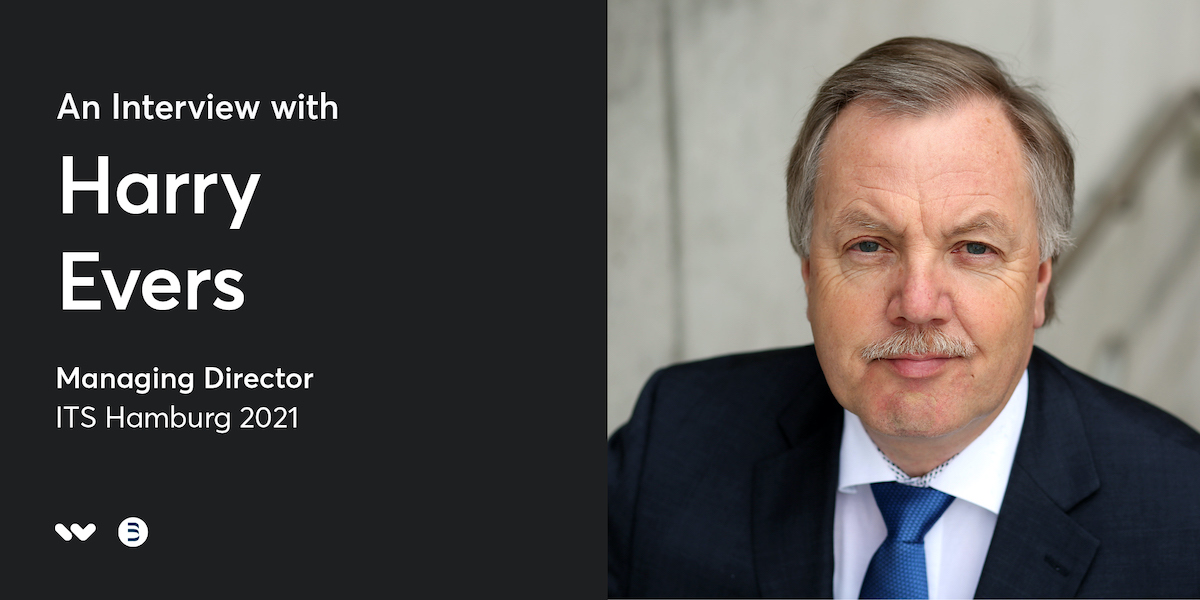 Hamburg will host the ITS World Congress in 2021. The city often sees itself as a pioneer in the field of urban mobility, especially in terms of autonomous driving. What distinguishes Hamburg as a “mobility” city?

Among other things, Hamburg has a test track that is unique in the world: the “Test Track for Automated and Networked Driving in Hamburg”. The test track includes roads and intersections located in an area which is open to the public and integrated into the normal flow of traffic. It takes all types of road users into account - pedestrians, cyclists, delivery traffic - and it’s smack-dab in the middle of the city centre. There are no similar examples anywhere else in the world.

In Singapore, for example, you can drive two hours to conduct autonomous test drives on roads that are sectioned off from the public, but that’s not how autonomous vehicles would work in reality.

Of course, not only does it take time and substantial financial investment to develop, but you also have to have the courage to build and operate a test track such as the one in Hamburg, which operates in real city traffic and takes security and research concerns into consideration.

Hamburg was obviously brave enough to do just that. What advice can you give other cities who are “daring” to take steps in this direction?

It’s important for cities to clearly define their framework and conditions from the beginning. There must be an overall willingness within politics to implement a similar test platform in a strategic, long-term way. In Hamburg, that’s been happening as part of existing digitalization and ITS strategies, which define how ITS should develop on the basis of specific topics and projects.

In addition to having a clear structure and a willingness to implement change on part of politicians and city officials, a massive undertaking like an integrated test track requires significant financing. In Hamburg, the transport authorities are clearly committed to using the city as a test zone or incubator for national and international mobility offerings. This should be seen as a signal to the outside world: all types of mobility players are welcome here. This helps establish the feeling that the city of Hamburg is on the right track when it comes to innovation.

How else can lawmakers and cities support similar initiatives? The Federal Ministry of Transport and Digital Infrastructure, for example, is currently drafting a draft law on autonomous driving, which is expected to be published soon.

The difficulty - especially with autonomous driving - lies in the need for international regulations, so all vehicles and mobility offerings are available worldwide and function under existing safety standards. A Japanese vehicle in a parking garage in Europe must also be able to park autonomously, or vice versa. As of now, there are different regulations and laws everywhere: A lot more is permitted in California than in other regions and countries, for example. That’s why an open dialogue with other partners is extremely important, especially if we want to set up similar projects that generate interesting ideas. These ideas can and should be used to develop a global standard in the long term.

I also expect a similarly open discussion with lawmakers and city officials, who should take results from large test fields and projects into account. The subject is too complex to be defined in a typically bureaucratic, theoretical way: the sharing of real world experience and practical advice is crucial. The Ministry of Transport has already created task forces doing just that, whose findings are constantly being validated and adapted. In order to create smart and sensible regulations, open dialogue and continuous testing is extremely important.

Test tracks in cities may reflect real-world traffic situations, but only in urban areas: rural regions have entirely different infrastructure. How can we tailor autonomous driving offerings to rural areas?

In the future, autonomous driving shouldn’t only be designed for perfectly maintained, well-thought-out infrastructure. To drive autonomously, you shouldn’t need 5G or high-tech traffic lights: your vehicle must simply be able to drive by itself, no matter the circumstances.

Of course, to test and validate this complex situation, we need infrastructure that increases comfort levels, but also improves testing possibilities and saves time. It’s clear to me that tests conducted in a city will also be available to rural areas in the long term. I see no reason why they shouldn’t.

Today, urban and rural mobility look very different from one another. Similarly, the way we drive today will probably be much different in the future when we’re all being driven around by autonomous vehicles. How can we effectively manage our transition to autonomous driving?

This is going to be a huge challenge. There’s no fast and easy way of achieving that goal. We won’t switch from conventional, gas-powered vehicles to innovative, connected, autonomous vehicles overnight: It will be a slow transition instead. There will be “smart” and “dumb” vehicles on the streets at the same time. There will also be unforeseeable situations in which human error plays a role - if someone acts suddenly or without warning, the drivers of vehicles and autonomous vehicles alike will have to be able to respond to that immediately. That’s why it’s of the utmost importance that all vehicles can handle these sudden occurrences, and why they should be tested out in a realistic environment beforehand.

Which companies within the mobility space do you think will be able to establish themselves in the long term? Will the most successful companies be the small, innovative startups that are redefining the market, or will they be the classic, large corporations that most of us know as household names?

It’ll be a mix of both. On the one hand, we need large companies to bring their financial prowess to the table: they have the ability to produce in mass quantities and can offer comprehensive services to customers. The Hochbahn AG, who run the train system and buses in Hamburg, has been trying out a variety of projects, including how to combine trips taken in public transport with ridesharing offerings or e-bikes. Autonomous driving will be a major issue for the Hochbahn to tackle, and they’ll need the assistance of smaller startups to make that a reality. Startups contribute to the solution by being able to operate quickly and flexibly, always bringing new ideas to the market. That creates a complementary system of development in which best practices from both business types are taken into account.

One final question about the ITS World Congress, which is being hosted in Hamburg in October 2021. What should we expect out of that event, and what will happen after the event takes place?

The World Congress next year will be an accelerator. It will encourage Hamburg and the rest of Germany to create new projects, products and developments they want to present at the event. Project partners, communities, politicians and companies from all over the world will be in attendance. The World Congress will be an important place to showcase best practices and solutions that are applicable to real-world situations in Hamburg and Germany, but also in other countries and regions. We’ll be able to learn from international experiences and form new alliances.

The Hamburg ITS Strategy will be a guiding force after the event, all the way until 2030. There are defined goals already in place that we will be attempting to reach within the next ten years. The 2021 World Congress is just a pitstop on that road to a more innovative future, and a great opportunity to talk about important topics and present them on the world stage.